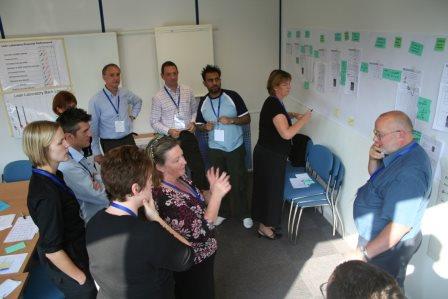 Shadow Coaching is a specific and advanced application of coaching based on observation and feedback from the coach, with reflective practice by the client - whether individuals or groups.

Shadow Coaching is a learning process in real time based on a reflective approach based on the realities of leaders' and teams' day-to-day working lives.

This type of coaching works particularly well in areas of high turbulence and intensive decision-making - such as safety-critical environments and post-traumatic event recovery, where re-building leadership and team communications and confidence are vital.

What is shadow coaching used for?

The need for shadow coaching may arise from corporate sponsors, such as the Board of Directors, HR, Communications or Health & Safety Departments.  The need may arise from a specific incident, or the identification of needed behavioural change.

The objectives, mode and duration of the meetings will be defined between corporate sponsors, team leaders, and Forton's Director of Coaching before embarking on the journey.  Appropriate outcome measures will be identified and the coaching team will be fully briefed by the project sponsor, with regular coach-supervision in place for coaches.

Shadow Coaching is offered in both 1-1 and team modes, or a combination of both.  It can also be combined with general team-development services to support improved leadership across the board.

How does shadow coaching work?

Our coaches shadow clients in their general daily activities, or working to a specific brief - such as applied presentation skills, teambuilding or engagement.  This may mean shadowing clients in their daily work environment, or at events such as project workshops, presentations or conferences.  In some situations video recording is used to act as a 'mirror', reflecting back actual behaviours.

Shadow coaching increases the ability to focus and slow thought processes down, making self-examination of detailed activities, combined with input and feedback, a comfortable and successful experience.

What are the benefits of shadow coaching?

Through the Shadow Coaching can unlock dynamics that block performance excellence.  It can address ineffective habits and address unspoken blockages.

The organisation benefits by demonstrating commitment to making change and to new and better ways of working.

Teams benefit by understanding what's expected of them, and seeing that out-of-date behaviours will be addressed.  Shadow coaching can improve morale and see positive improvements in employee engagement.

Individuals become better aware of their unique way of acting and better capable to make effective decisions to proceed:

Two brains are better than one 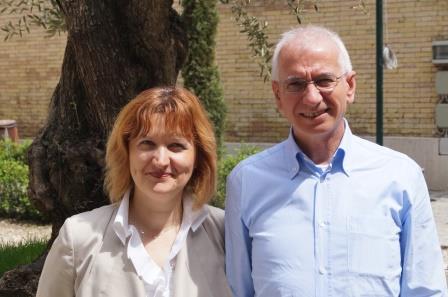 Shadow Coaching is based both on close rapport and empathy, where coach and client explore a path of reflection.  Sometimes saying the 'unsayable', the coach comments on what s/he sees and teogether they explore the typical impacts of that behaviour.  With this increased awareness shadow coaching clients are better able tp put new behaviours into practice more quickly

Here are three examples of shadow coaching in action.  For commercially-sensitive reasons we can't name our internationally-known clients. 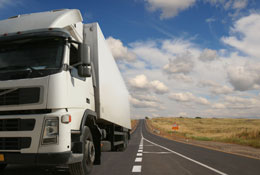 Following a major incident at a 30,000 strong organisation, a Board Directive required that leaders responsible for multi-million operational budgets and between 300-400 staff should receive shadow coaching and support to improve communications organisation-wide.  One measurable objective was that staff on the ground should receive, understand and apply regular communications from the Board.

Coaching clients were shadowed in their direct-report team meetings, and at in-person team briefing sessions and staff conferences.  Clients received 360 feedback on their communications skills beforehand from their line managers and colleagues and were given 1-1 coaching support in development areas.

Outcome: the feedback from managers was very positive and the results were posted in the staff magazine.  The project had a ripple effect with leaders and managers taking on more coaching and mentoring to develop staff beyond the life of the programme.

A global travel company reviewed its leadership practices following a major incident.  Leadership behaviours were reviewed, as well as team expectations and their interactions with leaders.

Current and emerging leaders were shadowed, and coaches visited every department in the business, day and night, to observe team and leadership behaviours.

Outcome: A number of ingrained toxic behaviours were identified and leaders displaying those were displaced to less safety-critical business areas.  Leaders identified as having the qualifications and potential to step into their shoes were coached and supported in he transition into their new roles.

In addition, particular attention was paid to recruitment processes, to ensure that the organisation recruited for specific personal qualities and behaviours.

Where improved performance matters, shadow coaching can support clients to see, understand, and make subtle changes to behaviours.  One national sports coach became a client herself, and explored what works in terms of motivating the team and raising energy and performance.

By reviewing a film of their coaching session, clear distinctions arose between when to use a megaphone to address the whole team and when not; when best to acknowledge and celebrate small technical improvements and when to challenge and stretch the team.