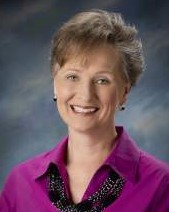 Jane Creswell has 17 years’ experience in Executive Coaching, Team Coaching and mentor coaching for internal coaching initiatives. Jane was at IBM in software product development for almost 20 years, starting as a programmer for the Space Shuttle and holding a variety of leadership roles in networking software. Always enjoying employee development, Jane started coach training in 1997 to prepare for a second career as an executive coach. In 1998, she gave a presentation to her boss, the General Manager for the division, which showed a very compelling business case for coaching and, with that, became IBM’s first fulltime executive coach and Founder of IBM Coaches Network (now comprised of 500+ coaches worldwide). Since leaving IBM in 2000, she has served a variety of companies/industries. She is passionate about helping organizations create a coaching culture through executive/team coaching and coach training.

Jane is a member of the Indianapolis Chapter of the ICF, volunteers often as a speaker. She speaks often at ICF conferences, most recently at ICF Midwest Conference in June 2013. Jane is the author of  The Complete Idiot’s Guide to Coaching for Excellence (Alpha Books – 2008)

For a one page PDF copy of Jane's CV, please click here.

Jane’s clients include executives and teams in a variety of industries.   These include Nuclear Engineering, Enterprise software houses, Networking Hardware and Software companies, Commercial builders, Sales, Health Insurance and manufacturing