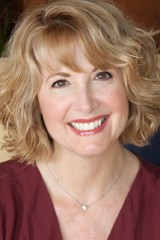 Cat is a master coach and a pioneer in the field of Coaching and Coach Training.
She distinguished herself early in her coaching by combining her gifts of strategy, imagination, humor, politics, heart and confidence-producing coaching.

She became known as THE coach for Women Executives.
Combining an artistic theatrical background with business savvy, Cat works with clients ranging from corporate executives to artists and musicians.

Cat has over 20 years’ coaching experience.  She has appeared as a guest expert on The Maury Povich Show, been featured in the Los Angeles Times Valley section, and coached live on L.A.’s ABC Talk Radio.  Sought internationally as the ‘goddess wisdom coach’ Cat works with women executives and entrepreneurs in the UK, Germany, Switzerland, Australia and the U.S.